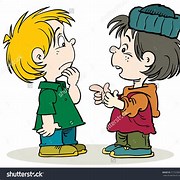 Maybe you’ve heard this comedy routine -  two actors are in a conversation that goes something like this:

“No, that’s good.  I was able to buy some cattle with the money.”

“No, that’s bad.  They all jumped the fence and ran away.”

“No, that’s good.  When the neighbours came out to help, I met my future wife.”

You could continue on, of course, because the story doesn’t end until the life of the storyteller is done.  We live in a world of shifting shadows, and often further events change our perspective.

For much of my working career, I sat at my desk beside a monitor that charted the daily Chicago Board of Trade commodity prices.   A farmer would put in a pricing and be jubilant if the market ticked up to his desired price – only to find, to his dismay, that the commodities market opened ten cents a bushel higher the next day.  The same action that looked good one day didn’t look so good the next.

When the Pharisees of Jesus’ day saw a man carrying his mat on a Sabbath, they zeroed in on his perceived transgression – “that’s bad!”  Even when they learn that he’s been healed after 38 years of paralysis, they did not have the compassion to appreciate this great miracle.  We judge on a picture that’s very small in scale and we tend to go by mere appearances.    Blinded and limited by legalism, the Pharisees never got to “that’s good!” 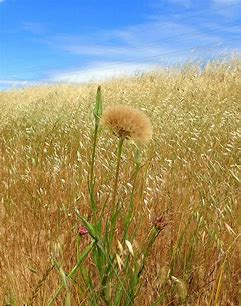 Jesus also relates a parable in which the owner tells his employees that the wheat and the weeds just can’t be separated until the harvest time without causing harm to the crop.  Good and evil are now entwined, but some day that will come to an end, and only God will know how to disentangle them.  The human story that began in the Garden of Eden with God seeing that “it was very good” will someday be concluded with a redeemed and restored universe.